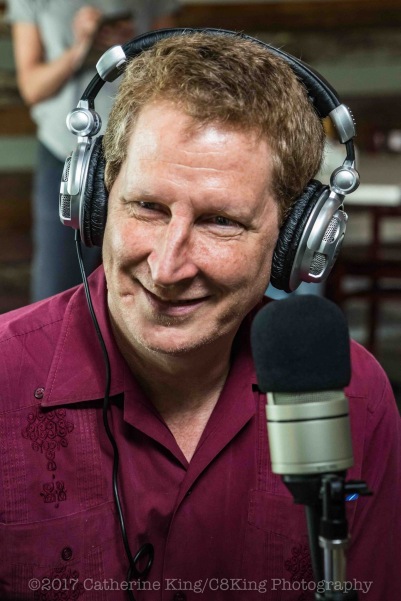 Simmons spent several years as a sportswriter with the Tallahassee Democrat before transition into arts and entertainment, helping co-found the weekly break magazine for Knight-Ridder Newspapers. He eventually moved to New Orleans as the A&E editor for Gambit Weekly. Simmons supervised a national award-winning arts and entertainment staff, winning the Association of Alternative Newsweeklies’ award for Best Arts Feature for his 2005 examination of the 1950 Elia Kazan movie, “Panic in the Streets,” set and shot in New Orleans.

Simmons helped bring Gambit Weekly back after its offices were flooded during Hurricane Katrina and was named managing editor. He then spent two years as the A&E editor for Creative Loafing, where he helped launch and contribute to several new- and social-media efforts including the first-ever A&E blog. He had similar success as a communications staffer for Atlanta Public Schools and as the communications director for Chattahoochee Riverkeeper.

During this same period he served as a contributor to NPR affiliate WABE, providing weekend-preview interview segments and some spot audio features such as “Atlanta Sounds.”

Simmons returned to New Orleans in October 2013 as a lead entertainment reporter for NOLA.com | The Times-Picayune, a position he held until September 2015. He currently works as an entertainment journalist and communications professional whose clients include the New Orleans Advocate, Biz New Orleans, New Orleans magazine and Foundation for Louisiana.

The PopSmart NOLA design was a collaborative effort working with a lovely work of art from former New Orleans-based artist Elizabeth Fox and Charlotte-based graphic designer Katherine Sechler-Stephenson. The artwork, “Jazzfest with the Locals,” was showcased by Fox back in 2004 at Barrister’s Gallery and received a favorable (and spot-on) review from former Gambit Weekly colleague D. Eric Bookardt. He wrote: “‘Jazzfest With the Locals (is) a pop-social realist slice of life featuring a scantily clad babe stuffing her face with a long, drippy po-boy as a tranced-out, Quintron/Miss Pussycat-like duo onstage waxes rhapsodic with a keyboard and maracas. In fact, they all seem tranced out, probably for good reasons. Succinctly simple, it’s a commentary on consumer culture, local garden variety, as if Hogarth or Daumier had been reborn into the MTV generation.”

You can find Elizabeth Fox’s work at www.elizabethfox.com.

Katherine Sechler-Stephenson received her Bachelor’s of Fine Arts from Florida State University (1993), and a Master’s of Fine Arts in photography from The School of the Art Institute of Chicago (1996). She currently lives and works in Charlotte.