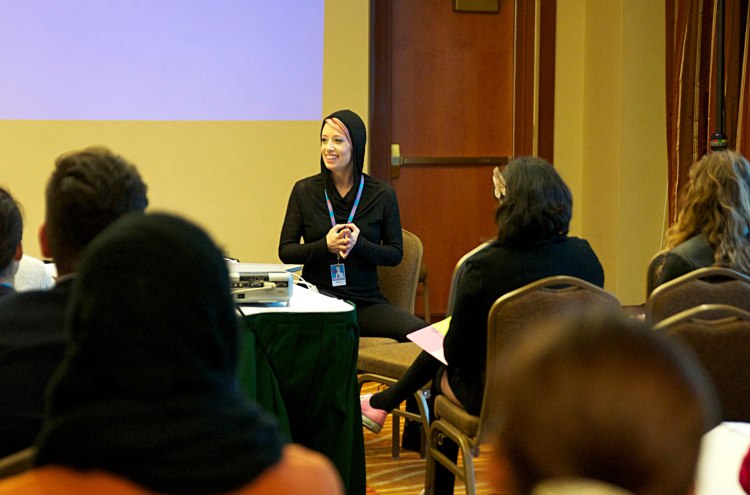 EDITOR’S NOTE: New Orleans burlesque producer and performer Bella Blue is, if nothing else, a body in motion. She runs the New Orleans School of Burlesque, she produces tons of local shows (“Whiskey & Rhinestones,” “The Dirty Dime Peepshow,” “Blue Book Cabaret” and more), and she literally travels the world promoting and performing. So I thought it would be instructive to ask her to come up with her own “Top 5” list of things she learned from her most recent sojourn: BurlyCon, held Nov. 12-15 in Seattle and one of the largest gatherings in the nation. Here’s what she came away with:

It is late on Tuesday evening and I am just getting my bearings following not just a red-eye flight but an annual convention that takes place in Seattle (well, Sea-Tac) called BurlyCon. What is it? It’s exactly what it sounds like: a four-day convention dedicated to all things burlesque.

It is said that the first-ever burlesque festival took place on a goat farm in the desert in Helendale, Calif. Known then as Miss Exotic World (today know as Burlesque Hall of Fame), the festival was started by the late, great Dixie Evans. She has become the official/unofficial mother in the preservation of burlesque history. You could call her on the phone and she would personally give you a tour of her museum.

(Related: How New Orleans’ thriving burlesque scene prepares for its next act)

Nowadays, for every state you have at least one burlesque festival. For every country across the world, even more. However, BurlyCon is the only festival of its kind (that I know of). These four days are focused on nothing else but education and community. It started in 2008 with just about 60 attendees, and it is estimated that there were at least 600 in attendance this year. (The final numbers aren’t in yet.)

With the growing interest in burlesque as an art form, a hobby and a career; I believe that a convention of this kind is necessary. Burlesque is one of the only types of performance that you don’t actually have to acquire any formal training prior to performing in front of a live, human audience. With the growing amount of shows and performers, that means that there are a lot of people taking the stage who have no idea what they are doing.

I know. We all started somewhere. I’d be lying if I said I knew exactly what I was doing when I started — but, I didn’t know about BurlyCon then. And if I had, you bet your G-string that I would have figured out how to get there! But now there’s burlesque classes and schools all over the country. There is no reason to take a stage with zero information or training.

This year at BurlyCon, the majority of my classes were filled with students who had been performing for three years or less or had never even taken the stage yet. I had the honor of being asked to teach four classes and moderate one panel discussion. I could choose anything I wanted to teach and choose whichever topic I wanted for the panel discussion, although they were very interested in teaching and talking about issues that were learned from the situation with Lucky Pierre’s in March of 2015. (If you don’t know what I’m talking about, just Google it).

My partner and I arrived in Seattle last Thursday and hit the ground running. Between teaching classes, taking classes, catching up with friends, making new friends, our exhausted bodies landed back in New Orleans at 8 a.m. on Monday morning. I feel refreshed, inspired and excited to bring this back to the New Orleans scene. When approached by David Lee Simmons to write a piece on BurlyCon, he asked for a list. This really excited me because I do love a good list!

So, without further adieu, here are the top 5 things I learned from BurlyCon 2015…