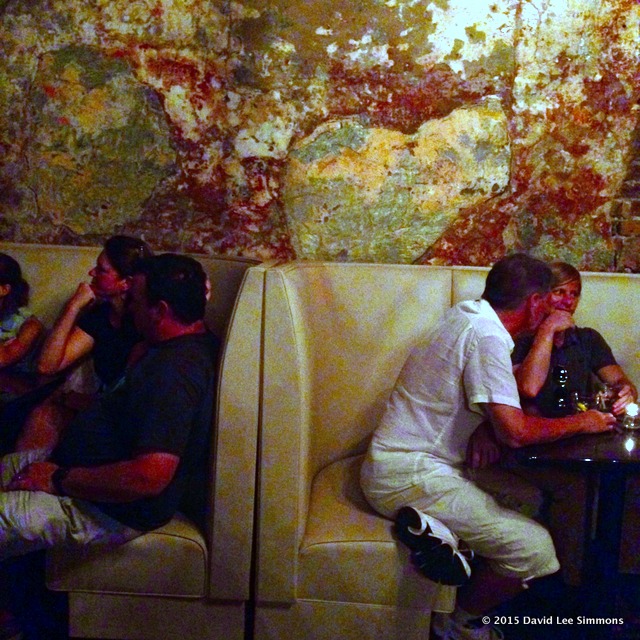 There’s a pretty funny, sharply observed and snarky post from Munchies making its way around the Internet thanks to a re-posting from its original 2014 publishing titled “The Slow and Painful Death of the Dive Bar.” Basically it’s a barfly’s screed against the gentrification that’s occurred all over the land in which former dive bars are taken over by a kind of hipster management awash in cleverly disguised bourgeois trappings such as IPAs and craft cocktails and digital jukeboxes. Here’s but one witty shot across the bow:

Does your daytime bartender have full arm-sleeves? That’s cool. Do ALL your new bartenders, barbacks, door men, regulars, and social-media coordinators have full arm-sleeves? That’s bad. See, tattoos are meant to indicate individuality. If everyone is uniform in their individualism, then this place is no better than Hot Topic. You can’t mass-produce an identity. In fact, you shouldn’t even have a social media coordinator. That dumb new mustache logo isn’t helping, either. The only logo a proper dive bar should have is that cold look a regular laser-beams at you when you open the door at 11 AM and it lets in too much light.

Indeed, New Orleans, having in its post-Katrina population boom embraced many national trends including a certain strain of hipsterism in its nightlife (often for the better), has experienced an almost tectonic shift in its seemingly myriad dive bars. You can see it most evident in the French Quarter, especially with several divey gay bars being converted into such spiffy and shabby-chic joints as the Black Penny (pictured) with its impressive canned-beer selection as it sits perched on an ever-transforming Rampart Street. And if the French Quarter is the canary in the coal mine for New Orleans bars, what do these conversions mean for the rest of the city?

For the article’s author Josh Androsky, it’s the end of an era: “Remember the good times? Back when it was that other place, the good place? Before you bought it. Before you ruined it. Before you renamed it something along the lines of an ‘eco friendly neighborhood pub SERVING IPAs ONLY, Bring Your Kids!'”

This reminded me of the days managing the bar guide at the previous publication, and painful — I mean PAINFUL — 2014 debate we had in deciding on the top five dive bars in New Orleans. It was painful not just because of the slow death of the dive bar, but also the crazy criteria for what constituted a dive bar in the first place. There were the obvious ones, like a locally owned spot primarily embedded in a neighborhood, and maybe with its fair share of “characters” along with cheap drinks and beer and an organically well-worn feel to it and a jukebox that didn’t try too hard to be cool but was anyway. Stuff like that.

But also, as I believe some commenters may have pointed out, it just felt unseemly to “promote” or “rank” dive bars to begin with, to celebrate something that very much seemed to want to operate exclusively under the radar and didn’t need your help, thankyouverymuch. (Certainly not from a corporate-owned publication, but that’s another discussion for another day.)

So what do you think? Do you believe New Orleans’ dive bars are going the way of other bars nationally, as Josh Androsky has suggested (twice now, LOL)? Do you also agree that they have an intrinsic value, or should we even care anymore? For me, the beauty of New Orleans bars do lie in their ability to become a treasured part of a neighborhood, and identify with it. I’d wager some newer New Orleanians, for example, might be surprised at how just you Finn McCool’s is. While a true neighborhood bar, it’s barely more than a decade old, yet feels very much a part of Mid-City while not being a dive bar at all. And there are other bars that, while renamed and under more recent ownership, that still have that divey feel — like JJ’s Sports Lounge in Bywater (Bywater!).

And so, as we approach New Year’s Eve, I’ll repeat the question: Do dive bars in New Orleans still matter?

2 thoughts on “Do dive bars in New Orleans still matter?”