“The story of the negro in America is the story of America. It is not a pretty story.”
— James Baldwin, “Remember This House”

Raoul Peck tries to frame his Academy Award-nominated documentary, “I Am Not Your Negro,” as essayist and culture critic James Baldwin tried to frame his (unfinished) work, “Remember This House” — as a memoir about his personal remembrances of civil rights leaders Medgar Evers, Malcolm X and Martin Luther King, Jr. (None of them survived the 1960s, and none of them, as Baldwin notes, made it to 40 years old.) While the documentary, like the manuscript, never quite gets there in terms of its structure, it gets just about everywhere else — including our current national mood.

If “I Am Not Your Negro” accomplishes anything else, it’s in showing the timelessness and relevance of Baldwin’s cutting commentary about the state of racial relations in the United States, and how the more things change, the more they stay the same. Peck (“Lumumba”) lays Baldwin’s crystal-clear observations against the backdrop of both myriad pop-culture references and juxtapositions of unforgettable imagery. One moment we could be watching fire hoses and police batons being turned on protesters from the turbulent ’60s, sure, but the next we’re watching the demonstrations in Ferguson, Mo., which became a flashpoint for protesting the treatment by police officers of an under-served, and predominantly African-American, community.

Too often, he saw a white nation in denial, and one in turn that saw the legacy of slavery as a pointless burden and not a challenge to evolve as a culture. “I’m terrified at the moral apathy” of the nation, he frets at one point. “… White people don’t know our lives. It’s apathy and ignorance.”

Peck presents Baldwin in two settings: in person, in archival TV interviews and lectures, and in somber, understated voiceover by Samuel L. Jackson, reading ostensibly from “Remember This House.” Baldwin pitched the memoir to his agent as a way to frame his life through his observations and the lives of the three civil rights leaders, and at times “I Am Not Your Negro” interconnects Baldwin with the work of Evers, Malcolm X and King. It’s a complicated structure which brings its own set of truths; at one point we’re painfully reminded of how critical Malcolm X was of King — as witnessed in their joint appearance with Baldwin in the PBS special “The Negro and the American Promise” in 1963. (You can watch the Malcolm X segment here; King’s segment here; and James Baldwin’s segment here.) 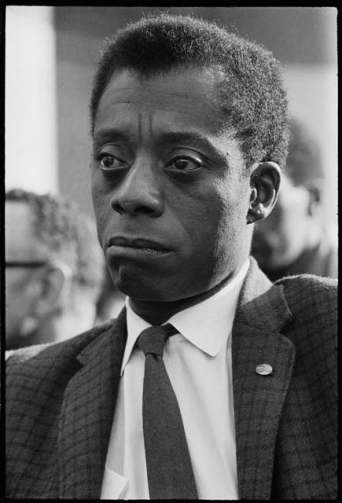 The leaders’ three respective assassinations — Evers in 1963, Malcolm X in 1965, and King in 1968 — serve as almost succinct end chapters of the 95-minute film, and each time Baldwin laments the pain those deaths inflict on his soul. Baldwin died of stomach cancer in 1987 at the age of 63, and so “I Am Not Your Negro” serves as the best representation of his memoir.

There are times when you want to know even more about Baldwin and not just his words, although one could argue his words were his life. But one thing becomes clear in his reflections in “Remember This House,” and that’s his place as an outsider. Baldwin also was gay, a status his FBI was sure to point out (as well as his being a “dangerous individual”). Even as he explained his motives for his memoir, he wrote how he was neither this nor that: “The line that separates a witness from an actor is a very thin line, indeed,” Baldwin says through Jackson. “Nevertheless, the line is real.”

And so the non-joiner — who wasn’t a Muslim or a Black Panther, who wasn’t a Christian or a member of the NAACP — tries to tap into the lives of his more famous contemporaries and offer a civil rights-era history lesson along the way. Louisianians will recognize familiar imagery — including the Plaquemines Parish political boss and staunch segregationist Leander Perez, and reminders of New Orleans’ role as a center of the slave trade.

Building a documentary around an unpublished manuscript could have been fraught with peril, and “I Am Not Your Negro” could easily have run the risk of sinking under the weight of Baldwin’s formidable words. But Peck constantly conjures pop-culture imagery, and without skipping a beat can shift from racist stereotyping of black people in movies and TV commercials to the comforting, lily-white offerings of movies like “Pajama Game.” At one point he has Baldwin commenting on the audience reactions to the 1958 movie “The Defiant Ones,” in which Sidney Poitier and Tony Curtis play prison escapees literally chained to each other. While white audiences loved it when Poitier’s (now unchained) character jumps off a train when he realizes Curtis’ character can’t keep up — that it was the noble act of a “noble Negro,” Baldwin points out how black audiences gasped in horror that Poitier’s character would give up on a clear path to freedom. Baldwin would call the solidarity of moments like these — or in, say, “In the Heat of the Night” — give “lie of their pretended humanism.” 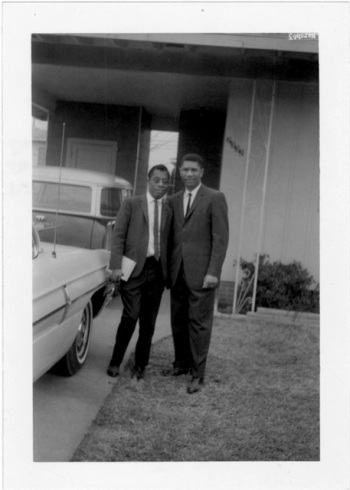 Whites, to Baldwin, “have refused to commit themselves,” or admit what’s going on. African Americans to them have become disposable since slavery, hence decades of economic disenfranchisement, mass incarceration and police violence. What should one expect, he says, from a nation built on cheap labor and slowly has been losing its largest source of cheap labor. “Now that the don’t need us,” he says, “they want to kill us off.”

“I Am Not Your Negro” certainly isn’t meant as a comforting work for anyone, but it does reflect the continuing need to at least be honest about how our history informs our present, and gives an idea of what our future might look like when it comes to race. We can’t escape it, he argues, saying close to the movie’s end:

On Saturday’s (Feb. 4) “PopSmart NOLA” on WHIV (102.3 FM), we will discuss “I Am Not Your Negro” and the work of James Baldwin with Jarvis DeBerry (deputy opinions editor for NOLA.com | The Times-Picayune) and Felipe Smith (who teaches African Studies, among other things, in Tulane University’s School of Liberal Arts) . The show airs from 3 p.m. to 4 p.m., and you can stream it at http://www.whivfm.org.

One thought on “With “I Am Not Your Negro,” a look at James Baldwin looking back at us”