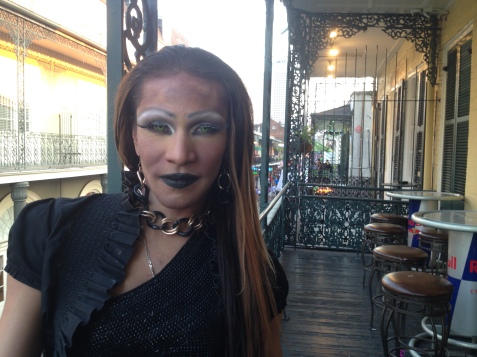 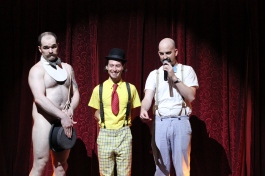 “Blue Book Cabaret” when it was at Lucky Pierre’s 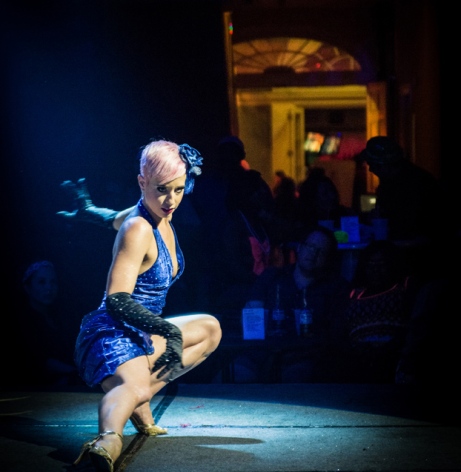 Lucky Pierre’s, which over the past year tried to blend drag shows with a variety of burlesque-themed shows, will close, an employee at the club confirmed Thursday (Dec. 3) night.

“It’s really true. We found out last night,” said Yarinez Mercado, who performed under the drag name Yari Dumar. (She commented on a story I did on the transgender community’s response to the Caitlin Jenner news.)

The nightclub seemed to have a rocky time while trying to blend drag and burlesque shows during its brief time on the Bourbon Street strip. Hawkers outside the club constantly encouraged locals and tourists to come inside and witness a shows such as “The Real Drag Queens of New Orleans” in the main bar and “Drag Cabaret” in the patio bar inside a courtyard.

The burlesque programming was a little rockier. Popular burlesque performer Bella Blue established her “Blue Book Cabaret” show at the club for several months before one of the performers in her lineup, Ruby Rage, was forced out by management in February in which she said was because of her weight. Following a public-relations nightmare that played out on the club’s Facebook page (with messages defending the move being posted and pulled as commenters erupted in anger), Bella Blue ended her relationship with the club and eventually moved the show down the street to Bourbon Pub and Parade. On Thursday, Bella Blue expressed disappointment about the club’s closing.

“I’m very sorry to hear that Lucky Pierre’s is closing. It’s bittersweet. There are a lot of good people who continued to work there after The Blue Book was pulled and no one deserves to lose their income; no matter what the reasons,” Blue wrote. “I don’t know why it’s closing. It doesn’t matter at this point. It was fun while it lasted. We had some of our best shows there and made so many wonderful friends in the process. What happened earlier this year was truly one of the most difficult things I personally had experienced and it affected a lot of people. But now there are a lot of talented drag queens who need spots in shows. So, let’s support them and hire them as they figure out what’s next.”

Dante the Magician began presenting “The Flim Flam Variety Hour” as well as “Dante’s Dirty Tricks,” at the club earlier in 2015, entertaining customers with a mix of magic, human tricks and boylesque performances featuring, among others, Donny V.

I’ve reached out to management for comment and hope to hear back soon. Come back here for more details.

One thought on “Lucky Pierre’s, Bourbon Street nightclub for drag and burlesque, to close”