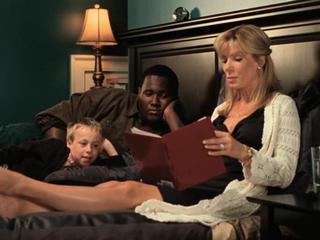 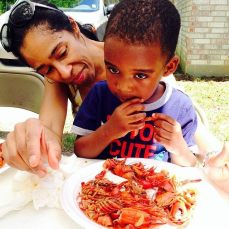 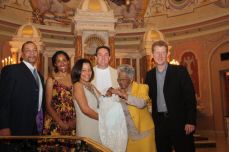 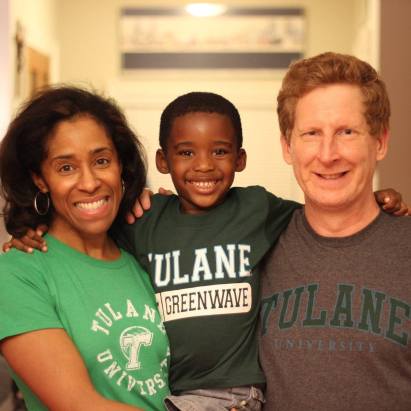 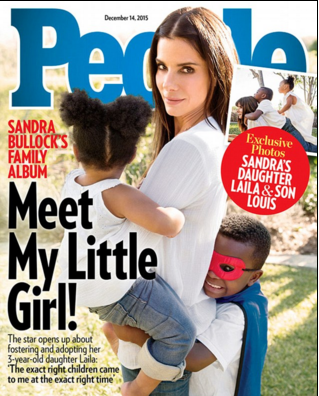 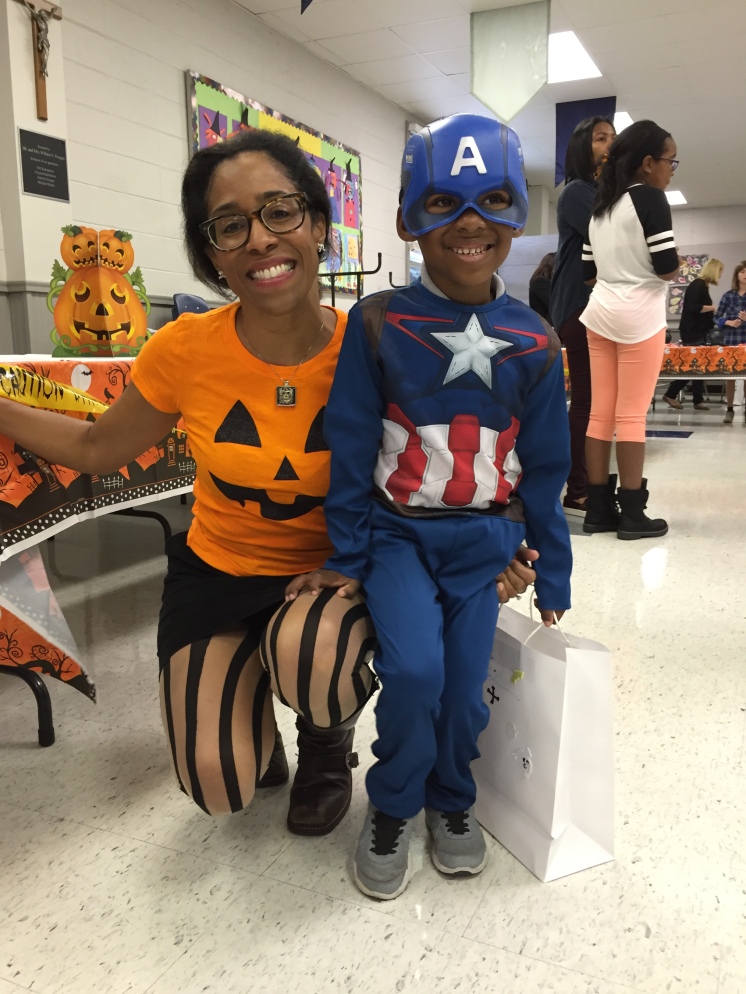 The email arrived from one of my editors as the mother of all coincidences, which wondered how I might approach a story about actress Sandra Bullock adopting a second child in New Orleans.” “Do you have any thoughts?” the email concluded.

At this point, my editor was one of the few New Orleanians who had yet to see one of the myriad photos I’ve taken of Elijah, my son, who four and a half years ago turned my world upside down in a (partly) trans-racial adoption by me and my wife, Faith. All it took was a confirmation that, yes, I know where to start, and yes, I had some thoughts, along with a photo of Eli to convince her I could handle this assignment.

As it turns out, Catholic Charities of the Archdiocese of New Orleans — the very kind of organization that could have handled Bullock’s first adoption, of an African-American infant boy, in 2009 — facilitated our adoption of Eli back in 2011. In fact, before reading any further, all you need to know about that can be found in Faith’s heartfelt and insightful essay report on the subject for her old publication, New Orleans magazine (“Faith Hope and Elijah,” May 2012) while we were still in Atlanta.

As for Sandra Bullock’s latest adoption — a foster-care adoption, of a 3 1/2-year-old named Laila, also from Louisiana — my article in the New Orleans Advocate suggests many reasons for joy as we enter into the holiday season. Catholic Charities’ Danna P. Cousins — a literally award-winning social worker who heads their adoption services — noted how Bullock’s second adoption (of an African-American girl) signals yet another example of how demystified trans-racial adoption has become over the past couple decades and not just adoption itself. Lori Arceneaux North of Volunteers of America New Orleans and others noted how a foster adoption can but shouldn’t be considered an entirely different experience, and that Bullock’s adoption of Laila can serve as a positive example for those thinking about taking the plunge.

One New Orleanian who I interviewed, Scharmaine Lawson Baker, said as much, and relayed how inspiring it was to see Sandra Bullock take this same step, and how she now felt connected to the actress.

It’s always a tricky thing to feel connected to celebrity, but in hindsight, it’s dawning on me how strangely connected we are to Bullock. Her adoption of her son came soon after the release of 2009’s “The Blind Side” and her Academy Award-winning portrayal of Leigh Anne Tuohy and her adoption of now-NFL offensive lineman Michael Oher, an African-American teenager at the time. (I should add her husband, Sean, is a New Orleans native and Isidore Newman School graduate.) It would have been unbelievably Hollywood to believe that Bullock was so inspired by the role that she decided to adopt her son, but in fact (as has been reported previously) she’d been planning the adoption before the role. But it was pretty cool to know that, at the time of her Oscar win, she knew the adoption was going to happen, and only vaguely hinted at it in her speech when she thanked “moms that take care of the babies and the children no matter where they come from.”

Faith and I were already thinking about adoption when we had our own encounter with Leigh Anne and Sean Tuohy. It was early 2011, and an acquaintance of mine through my job (who worked for a major Atlanta foundation) knew of our situation, and he and his wife were considering adoption, and so they invited us to be guests at their table at a Families First event where the Tuohys were the guests of honor. It was there I was able to put together in my mind both Bullock’s performance and Leigh Anne Tuohy’s rather notorious persona. I could see both why Bullock could channel her inner strength (few Hollywood actresses have that ability) and why Tuohy might have been a problematic character for Bullock to portray. She’s obviously not just a devout Christian but also a staunch conservative, and made no bones about it. (Bullock, I believe, is a fairly conventional Hollywood liberal, though one who took her fair share of criticism by some on the left and in the African-American community for playing a character that might perpetuate Hollywood’s tired “Great White Father” trope but as a female. More on that later. Short version: I think Sandra Bullock defies easy labeling.)

But what in hindsight is undeniable is the fierce maternal instinct that both women possess, and while it had been awakened in Tuohy a long time ago, it took a little longer for Bullock. The same might be said for my wife, Faith, who fretted constantly about how, as a later-in-life mother, she’d be able to rise to the occasion with Eli and has spent the past four and a half years proving her fears unfounded. She is, above everything else, an amazing mother, even if she’ll never think so. She loves Eli, she works with Eli, she laughs with Eli, she educates Eli, she protects Eli, in ways some people might only dream of.

Though I’m a father, I can say with some confidence that that is what motherhood can do to some people. If I ever wondered if there’s such a think as the maternal gene kicking in, Faith’s mothering of Eli confirmed it. And so it was with a lot of joy I have watched from a very safe distance Sandra Bullock continue this same experience. Now, I don’t really know Sandra Bullock, and have no real clue as to whether she’s a great mother to her children. And I don’t know to what degree she, as a white woman of Hollywood privilege, will help her black children connect in some tangible way to their African-American roots. Naming her son after Louis Armstrong seemed a nod to both his New Orleans and African-American heritage, and both notions warm the heart of anyone who lives here. That she’s also become a huge supporter of Warren Easton Charter High School in New Orleans just adds to the love.

This is all to say that, celebrity or not, I admire Sandra Bullock, and feel a certain kinship to her. Not just as someone who loves New Orleans but as an outsider, but also as a white person adopting an African-American child who will be considered “the other” in more ways than other black kids. Eli is black, he’s adopted, he’ll probably be an only child, and he’ll be the son of a interracial couple. While I hope I’ve gained an appreciation of African-American life and culture as someone who spent years covering a historically black college as a sportswriter, and as someone who feels the embrace of my wife’s vast New Orleans family, and maybe as someone who at the very least has held a life-long curiosity about culture, I know that only adds up to so much, and that I’ll want to expose Eli to as much as I can about all of the worlds that should shape his life. I try to incorporate African-American culture into everything he experiences — in the books we read, the movies we watch, and the company we keep. It’s fairly safe to say that no matter what people do in a trans-racial adoption, there will be those who are skeptical about all things regarding assimilation. (Check out the reader comment in the Advocate piece, a gallery owner, who voices some cultural suspicions.)

And while I’m not the most religious person in the world, I, maybe like Sandra Bullock, can’t help but be awed by the Leigh Anne Tuohys of the world who dig deep into their spirituality and faith to extend their love and protection beyond their birth children. I know Faith does.

I have no clue what Sandra Bullock’s plan is for her two adopted children, and recognize it never pays dividends to invest in celebrity culture. Faith’s devotion to Eli offers some clue, though. And maybe mine. All day long, as I reported this story, and gathered the interviews, I couldn’t help but share with the interviewees my own personal experience with adopting Eli. And then there’s living with him every day. I look at him, with those wide curious eyes, that unselfconscious cackle, that mischievous mentality, and that caring soul, and I think to myself, what a wonderful world. For me, for Faith, for Eli, and hopefully, for Sandra, Louie, and Laila.