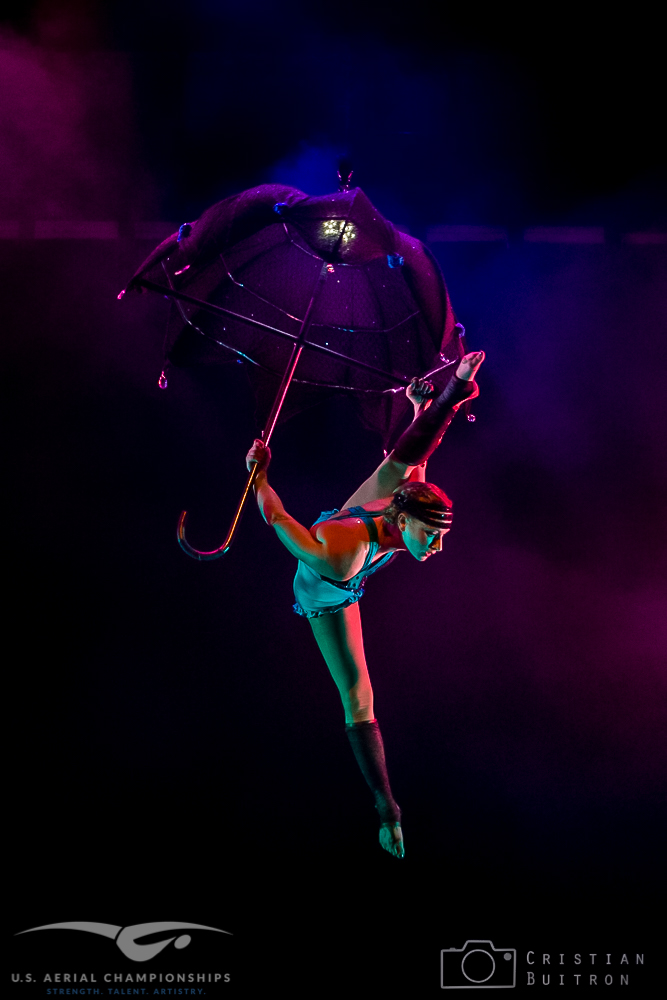 Liza Rose offers some final observations from her trip to the U.S. Aerial Championships this past weekend (May 13-15) in New York City as part of our continuing “Field Trip” series.

What a wonderful week in New York! I’ll tell you all a secret: I did not expect to win this competition. I’ve been at this awhile, and I know how these things go down. When they named Mathieu Bolillo the champion in my division, I was like, “Yeah, duh.” Know how I knew? His act had backflips. I had scoped out the competition back in January, and I called it then.

There’s a heated debate happening in the circus world right now regarding contemporary circus and traditional circus. I do the former. Mathieu does the latter. Traditional acrobatic acts in the circus are solely about presenting dynamic tricks (gymnastics) and feats of strength or flexibility. Contemporary circus concerns itself with things like design and narrative. It seeks to use the vocabulary of acrobatic movement combined with dance to tell a story or invoke an emotion in its audience. Lots of us can do backflips. But when is it appropriate to use that movement in your show? That’s one question. Should we even bother considering the appropriateness of flashy tricks when it comes to the narrative of the piece, or rather, should we even bother with the narrative; because people like backflips a lot?

That’s the other question. Mathieu has very, very strong skills. There’s no question about that. But I have to say that I feel like there is no comparison between my piece and his. They could not be further apart on the circus spectrum. To say one is better than the other is comparing apples and … chickpeas. Which are you in the mood for?

I have made great connections here with other performers and circus makers this week. I’ve had one offer of work in the U.K., I’ll be back in New York again in the fall, and, most exciting: I’ve had two offers from artists interested in collaborating in New Orleans. I’ll tell you another secret: That’s why I actually came. (Win!) Be home soon, y’all.